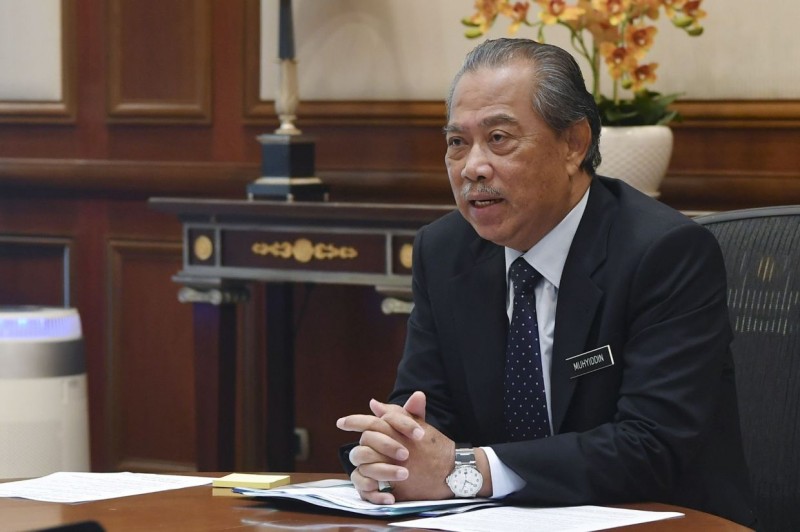 KUCHING, April 1 — The federal government will continue to give priority to the development of rural areas in Sarawak in line with the rural development policy, Prime Minister Tan Sri Muhyiddin Yassin said today.

He said he was informed that 1.13 million or 14.9 per cent of the state’s population are residing in 5,976 villages in rural areas.

“Therefore, the planning of development projects in Sarawak will continue to be closely monitored so that more initiatives can be implemented, such as to improve the basic infrastructures in the rural areas,” he said at the town hall session at the Borneo Convention Centre Kuching here.

He added these include the construction of the 700km road under the rural road programme.

He said an allocation of RM462.7 million has been set aside for the hardcore poor housing programme.

He said these include the construction of 800 new houses which will benefit about 4,000 households, apart from the upgrading of 3,540 houses that will benefit 17,700 families.

The prime minister said the federal government will continue to provide electricity and water supplies to the rural areas under the rural electrification and rural water supply programmes.

“Apart from that, programmes based on economic activities such as Projek Bersepadu Pembangunan Ekonomi Kampung (Prospek) will be developed involving 22 villages while the implementation of the smart village programme will be implemented in 18 villages and it is expected to create 900 jobs and will benefit 18,000 people,” he said.

The prime minister said under the first part of the 12th Malaysia Plan (12MP) this year, a total of 781 development projects, involving a sum of RM4.5 billion, have been approved for Sarawak.

Muhyiddin said the projects that are being implemented are Pan Borneo Highway, upgrading of the Mukah Airport and Phase 1A of Tanjung Manis Halal Hub.

He said social projects such as Program Rumah Mesra Rakyat and the construction of hospitals in Petrajaya, Sri Aman and Lawas are also being implemented.

The prime minister also said the federal government is taking serious efforts to wipe out poverty in Sarawak through special programmes to upgrade the socio-economy of the natives covering their customary land and the new economic development under the first part of the 12MP.