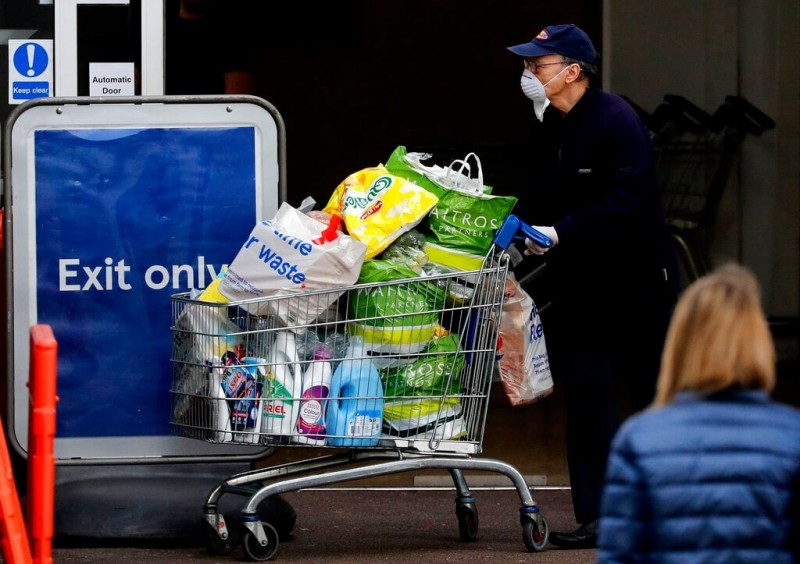 LONDON: British consumer price inflation fell to a three-month low of 10.5% in December, offering some comfort to the Bank of England and households, but food and drink prices continued to accelerate, rising at the fastest pace since 1977.

The drop in the headline rate of inflation from 10.7% in November was in line with economists’ forecasts in a Reuters poll, and moves CPI further away from the 41-year high of 11.1% struck in October.

However, while lower prices for petrol and clothing bore down on the headline rate, the cost of food and non-alcoholic beverages was 16.8% higher than a year earlier, the biggest increase since September 1977.

Core CPI – which excludes energy, food, alcohol and tobacco, and which some economists view as a better guide to underlying inflation trends – was unchanged at 6.3% in December.

The Bank of England forecast in November that headline CPI would drop to around 5% by the end of 2023 as energy prices stabilised, but policymakers have warned of ongoing upward pressure on inflation from a tight job market and other factors.

Financial markets expect the BoE to raise its main interest rate to 4% from 3.5% on Feb 2, when it will also publish a quarterly update to its growth and inflation forecasts.

Sterling rose slightly against the US dollar after the data.

Finance minister Jeremy Hunt said after the figures were released that high inflation was a “nightmare for family budgets”, hurt business investment and led to strike action.

“However tough, we need to stick to our plan to bring it down,” he said.

Hunt has resisted pay demands from public-sector trade unions, many of whom are taking strike action as their members’ wages are rising much more slowly than inflation and by less than the average in the private sector.S