Malaysia to phase in e-Invoicing from 2023: Tengku Zafrul 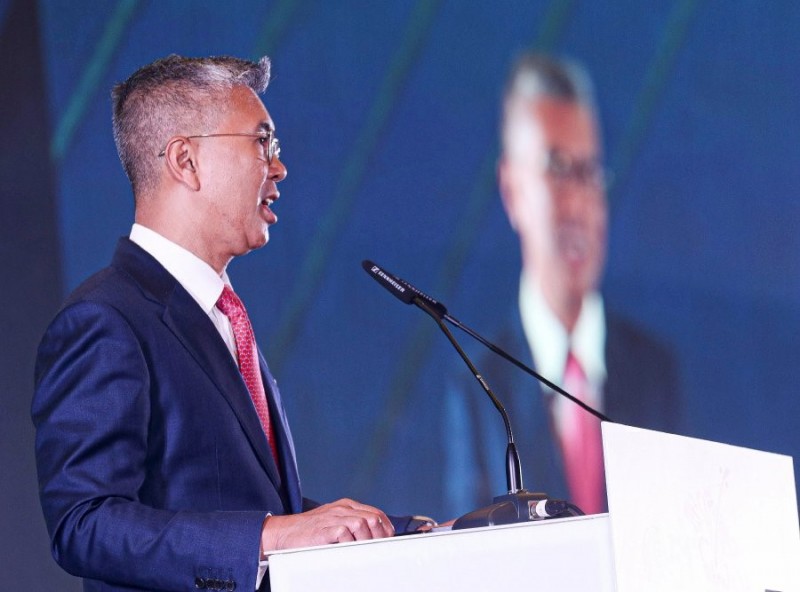 KUALA LUMPUR: The government will phase in the electronic invoicing system (e-Invoicing) from next year to improve the efficiency of its tax system, Finance Minister Tengku Datuk Seri Zafrul Abdul Aziz said.

"E-invoicing implementation provides a more reliable audit trail, resulting in increased tax transparency and is viewed as one of the primary strategies for increasing tax revenue.

"This would complement one of Malaysia's government targets for SMEs under the 12th Malaysia Plan, which is to digitalise 90 per cent of SMEs' operations by 2025,"  he said in a keynote address at the Asia Pacific Tax Administration and Research's (SGATAR) annual meeting today.

Tengku Zafrul added that e-invoicing would also support the use of the Tax Identification Number (TIN), which would be mandatory for all documents and instruments.

This would be a measure to broaden the collection of income taxes, ensuring a sustainable source of revenue for the government, he said.

He said in an effort to prevent cross-border tax evasion, the government had agreed to implement a two-pillar taxation approach.

"This consists of Pillar One and Two, in order to create a competitive environment for both foreign and domestic direct investment, and to prevent cross-border tax evasion.

"This is being studied and is estimated to commence in 2024."

He emphasised that tax administrations bore enormous responsibility for ensuring that a country's financial position was adequate to fund the government's planned spending.

On the small and medium-scale enterprises (SMEs), Tengku Zafrul said the segment played an important role in Malaysia's economy, accounting for more than 97 per cent of total registered companies in 2020.

In 2021, he noted that SMEs contributed 37.4 per cent of Malaysia's gross domestic product, and employed nearly 48 per cent of the workforce.

"As a result, more effort must be made to improve and enhance SMEs' knowledge of tax compliance, and digitalisation is the way forward in supporting their compliance while reducing administrative burden."

When taxpayers perceived higher levels of corruption and diversion of public funds, their trust in the system suffered.

"Moreover, while developing more effective and efficient collection methods may generate more revenue for the country, increasing tax morale, or taxpayers' willingness to engage with the tax system, is thought to be the simplest and most cost-effective option.

"Engagement with the public is critical and fundamental in understanding taxpayers' behaviour on how they perceive the existing systems and who they trust the most to help improve those perceptions," he added.