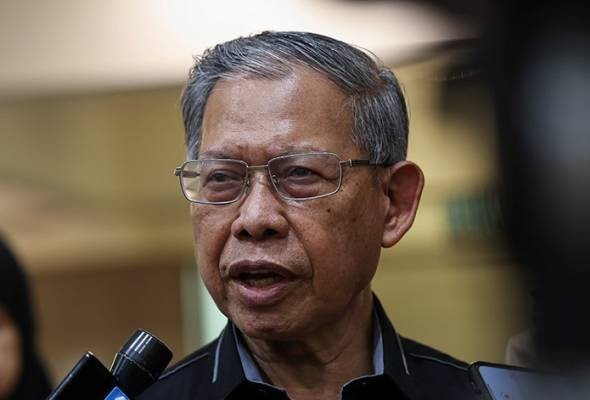 KUALA LUMPUR (Oct 6): The government and the World Bank have acknowledged that Malaysia needs an integrated policy and institutional support framework in digitalising small and medium enterprises (SMEs).

Minister in the Prime Minister’s Department (Economy) Datuk Seri Mustapa Mohamed said the government also recognised the need to reform the digitalisation agenda by further strengthening monitoring and evaluation to improve the government’s support programmes and address talent shortages, among others.

“The integration of various policies and coordination among different ministries and agencies will be key in this agenda to further unlock the potential of the digital economy.

“The Economic Planning Unit and MyDIGITAL Corporation will be supporting the National Digital Economy and 4IR Council (MDE4IR), chaired by the prime minister, to deliver our goals of successful digital technology adoption and a robust digital economy.

“This will bring us closer to the target of being a high-income nation by 2025,” said Mustapa in his opening remarks when launching the Digitilising SMEs To Boost Competitiveness report by the World Bank on Thursday (Oct 6).

Mustapa said the report would help implement the MyDIGITAL Blueprint and provide vital inputs toward the country’s goal to transform micro, small and medium enterprises (MSMEs), as the government conducts the mid-term review of the 12th Malaysia Plan (12MP), which would begin in the next couple of weeks.

“We take note of the gaps identified by the World Bank, such as the risk of overlaps across a number of government support programmes.

“On the regulatory front, there is a need to strengthen safeguards for users with increased data protection; have more robust legislation on cybersecurity; have laws on competition that better reflect the dynamism of the digital economy, and address the limitation of the current Open Data framework,” said the minister.

He further said that the government has already started addressing some of the report’s recommendations and more reforms are on the way, such as robust protection of personal data.

Meanwhile, World Bank country director for Brunei, Malaysia, the Philippines and Thailand, Ndiame Diop, in his remarks during the launch of the report, said while the Covid-19 pandemic has further accelerated the digital economy trend, the depth and breadth of SME digitalisation, however, has remained limited, suggesting a growing risk of a digital divide in the country.

“The key finding of the report suggests that while Malaysian SMEs are enthusiastic about digital technology, their capacity to make the most of these digital tools remains limited.

“The acceleration of uptake of digital technology we have seen during the pandemic was mostly for customer-facing functions among SMEs, such as sales and marketing,” said Diop.

He added that this was in contrast to large firms that were able to invest more in advanced business functions, such as supply chain management and production planning.